New version of my free AROS x86 Distro based on the latest Nightly Builds.
In this new version in addition to the new applications there have been significant improvements, among the novelties a correction of my “Drawer Icons” where I improved the appearance and added the classic “Glow” used in the OS3.9 and OS4 Icons.

Also Wanderer (Workbench) in AfA-OS style has been improved, now all or almost all the Graphics, Audio, Video, Archives and Documents files have been associated to the most suitable applications.

Another improvement is on Dopus4, as for Wanderer also on Dopus4 you can now view many of the most common files even without extension, you can now examine and view many files such as Graphic, Sound, Video or various PDF documents including.

Among the new applications included in the new release you will find the excellent MultiPlayer V.A.M.P with a new Skin created by me.

All the associations of Workbench and Dopus are already available also from LiveCD, any operation can be made with the exception of the save, that however can be done if you connect a Pendrive, a MemoryCard or a HD.

Of course, something will have escaped you, and if it does, I can improve it even further according to your needs. 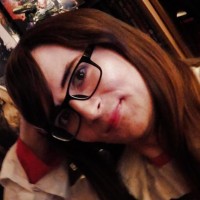